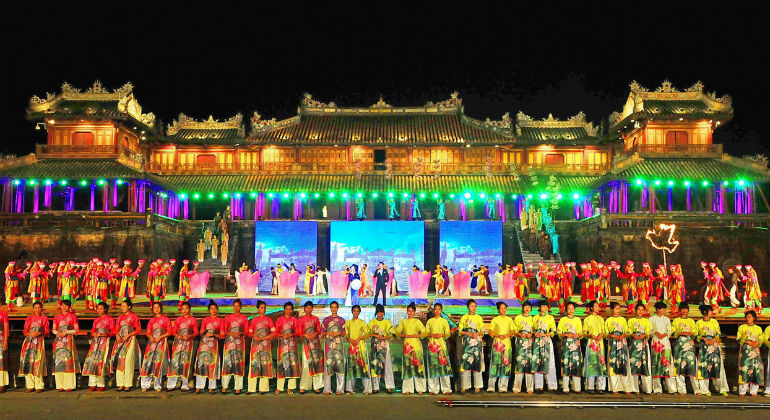 Festival Hue 2016 is celebrated every two years, from 2000 till now, in venerating the cultural heritage of Hue City. The celebration usually on end of the month of April, May. Hue was Vietnam’s Capital City. During the festival, various activities will be done such as the street art performances, the thundering of drums and trumpets, art exhibitions and the country’s historical films which showcase the history, ritual, and music which has been considered by UNESCO as one of the must-visit paradise. These cultural heritage of the city remains on what it is like before.

The Price of Art Program at Festival Hue 2016

Art program at the Citadel (including ticket price of Royal night program without dinner): 100,000 VND / ticket;

The 9th Hue Festival, which will be held from 29/4 – 04/05/2016 with the theme “Cultural Heritage with Integration and Development, 710 years of Thuan Hoa – Phu Xuan – Thua Thien Hue“, will continue to show tourists many unique royal activities in magical space of the Royal night. Besides, the programs which introduce the quintessence of folk art, Hue royal art, music and dance festival of Buddhism, the exciting street festivals with the participation of local and foreign artists, and the rich and diverse community cultural activities will take place continuously in 6 days and nights with a large force of artists, actors and public, including exhibitions, displays, Hue kite art, calligraphy, the art of placement activities, music art – street art, scientific conferences, international trade fairs, Bach Ma National Park, sport activities, culinary arts, tours, hue tour, tourist routes … 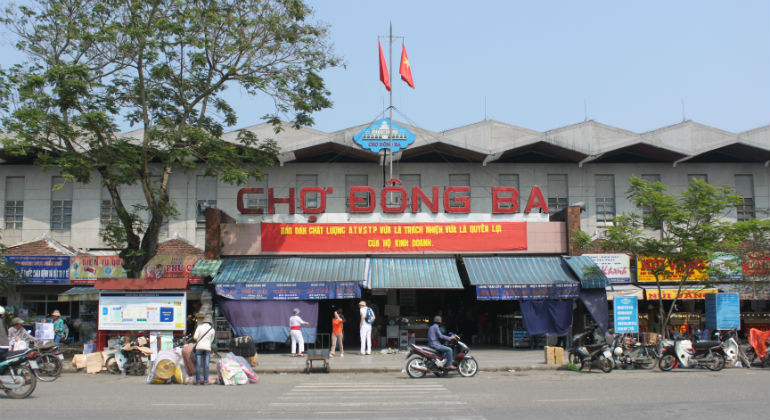 Transfer from Danang to Hoi An

Experience the nightlife in Da nang